Sun Patterns, Dark Canyon explores the art and career of the highly successful twentieth-century American printmaker and painter Doel Reed (1894-1985). Reed is best known today as a Southwestern artist and "master of the aquatint;” his conservative yet modernist approach to the New Mexican landscape found a ready audience among curators and collectors during his lifetime. Reed began summering in the Taos artists’ colony starting in the 1940s and permanently moved to New Mexico in 1959. The mountainous topography, geology, and history of New Mexico were an endless source of inspiration to Reed. This exhibition will bring attention to this significant but understudied artist and demonstrates how Reed was both influenced by and contributed to national and international artistic trends over his long and prolific career. The rich and varied American landscapes of the Midwest and Southwest were his primary sources of inspiration. Included in the exhibition are over sixty works of art by Doel Reed and his contemporaries. An exhibition catalogue will be available.

Despite the fact that Reed was a nationally recognized artist and educator, whose paintings and especially prints are in the collections of major museums throughout the United States and Europe, no scholarly studies exist on the artist. This exhibition will not only bring attention to Reed’s art and career, it will contribute to knowledge about the development of American art and the embrace of printmaking by leading artists throughout the country. Printmaking started to receive attention as a fine art in the United States during Reed’s lifetime and was only slowly incorporated into university and art academy curricula. Reed was an acknowledged leader in the United States with respect to the technique of aquatint, which reflects his close study of Goya’s masterful graphic work. By focusing on Reed, we also gain insight into the vibrant community of artists throughout the American Southwest and Midwest in the 1930s-1970s and how they responded to and adapted modernist approaches for their own purposes and audiences. His close friends and students included artists as diverse at Birger Sandzén, Ernst Blumenshein, William (Bill) Dickerson, J. Jay McVicker, and Howard Cook, among many others.

Reed exhibited widely throughout his lifetime, won numerous awards, and was elected a full member of the National Academy of Design in 1952. In 1984, when Reed was 90 years old, his prints were included in no fewer than five national exhibitions in New York City.

Following it's debut at the OSU Museum of Art, Sun Patterns, Dark Canyon will travel to the following museums:

For further information about Doel Reed visit the Doel Reed Center in Taos. 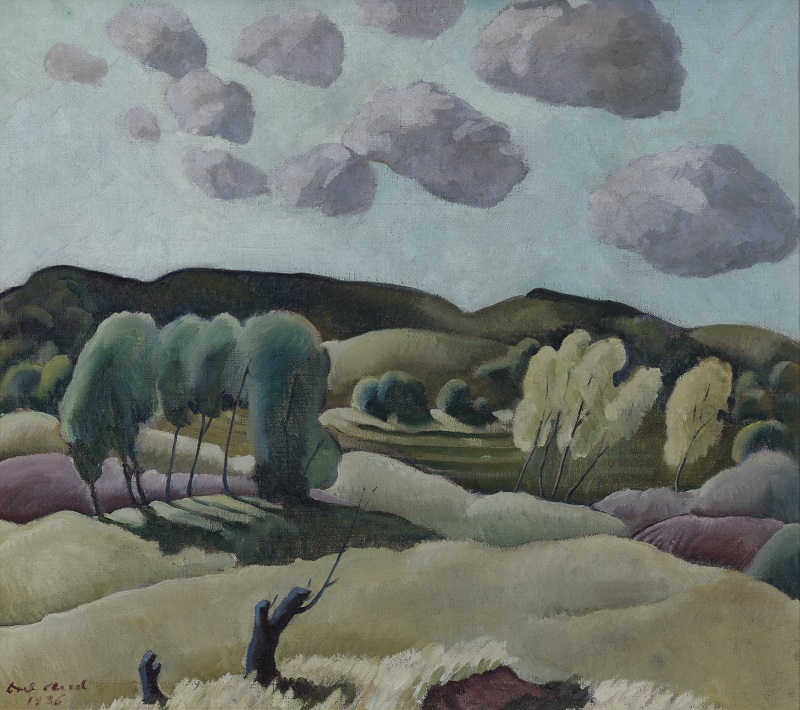 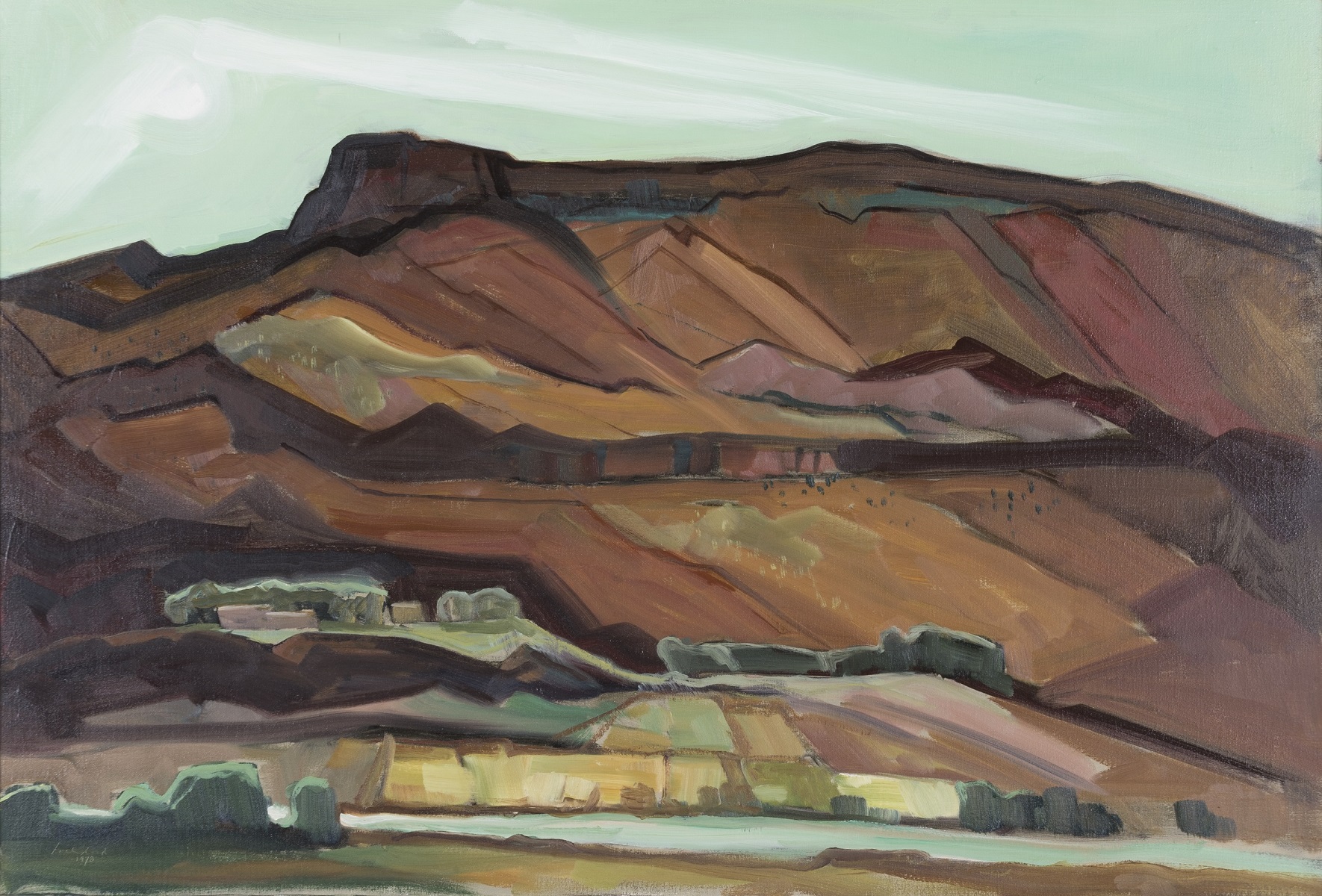 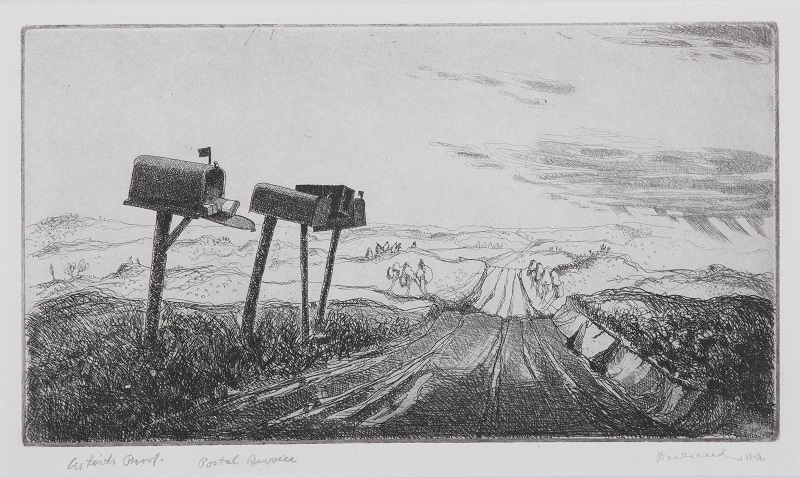 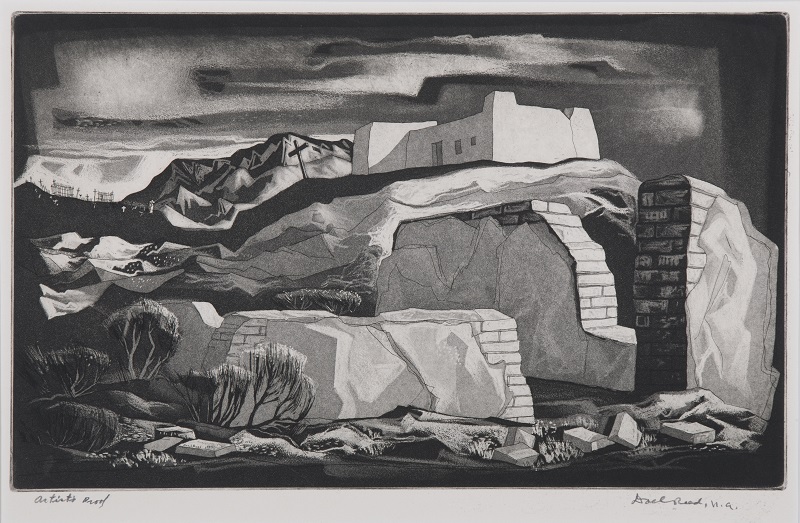 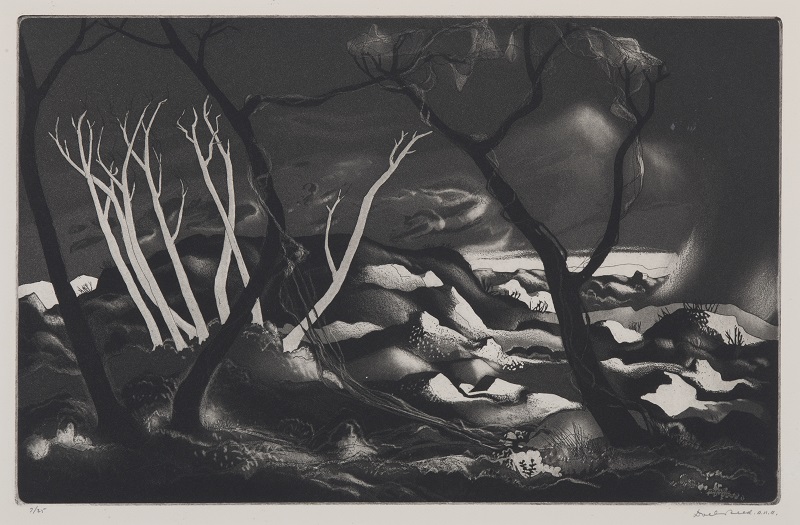 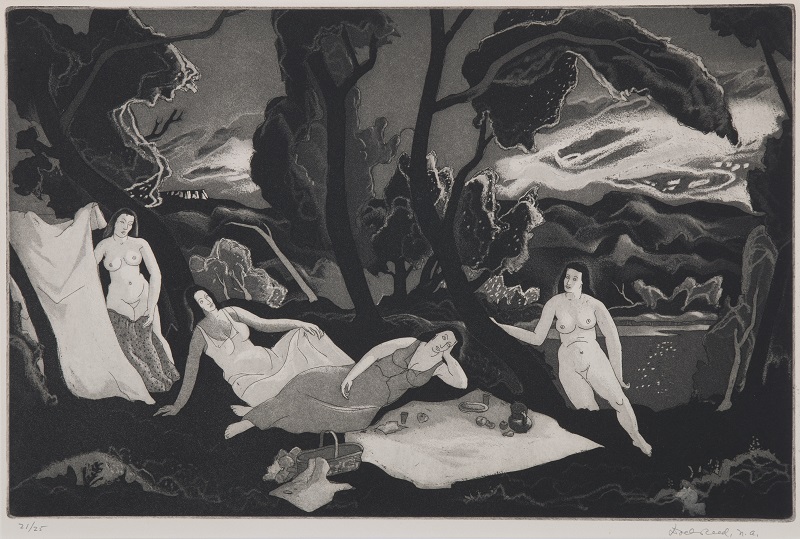 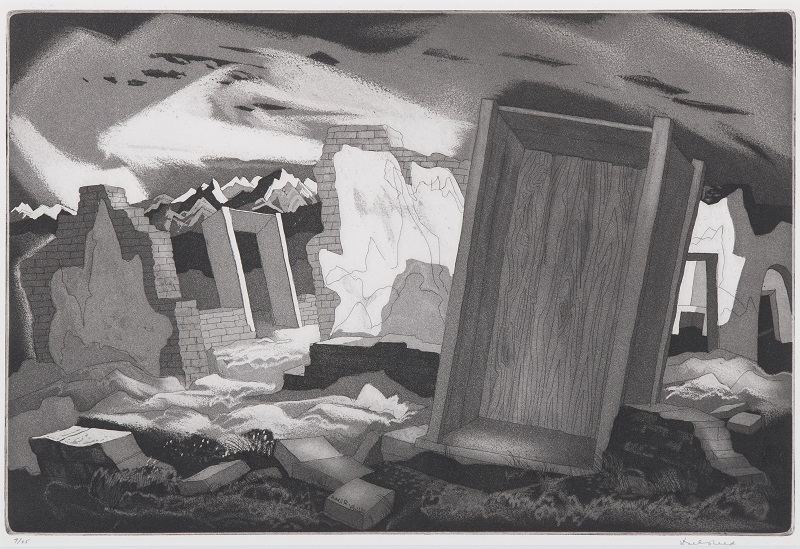