What is the experience of building and living in a home designed by America's greatest architect? How do you live in a work of art? Frank Lloyd Wright's Samara: A Mid-Century Dream Home explores the relationship between an architect and his clients, Dr. John and Kay Christian, as they worked together to create one family's definition of an American dream home. Told through the juxtaposition of original objects and furniture, architectural fragments, rare archival materials, historic photographs, and video footage, this exhibit explored the creation of a Wright house made into a family home.

The opening reception on Feb. 19 featured a scholar’s talk from Professor Jack Quinan. Quinan also spoke on Feb. 18 in the Donald W. Reynolds School of Architecture Auditorium on the OSU campus. Quinan, Distinguished Service Professor Emeritus in Visual Studies at State University of New York at Buffalo, is a historian of architecture, specializing in the work of Frank Lloyd Wright, the Arts and Crafts Movement, American Architecture of the 19th Century, and Utopian Communities.

The exhibition was toured by ExhibitsUSA, a national program of Mid-America Arts Alliance. ExhibitsUSA sends more than 25 exhibitions on tour to more than 100 small- and mid-sized communities every year. Mid-America is the oldest nonprofit regional arts organization in the United States. (See Resources below for more details for this exhibition.)

Scott W. Perkins, Director of Preservation, Fallingwater at Western Pennsylvania Conservancy in Mill Run, Penn. The exhibition was offered through the courtesy of the John E. Christian Family Memorial Trust, caretakers of Samara. 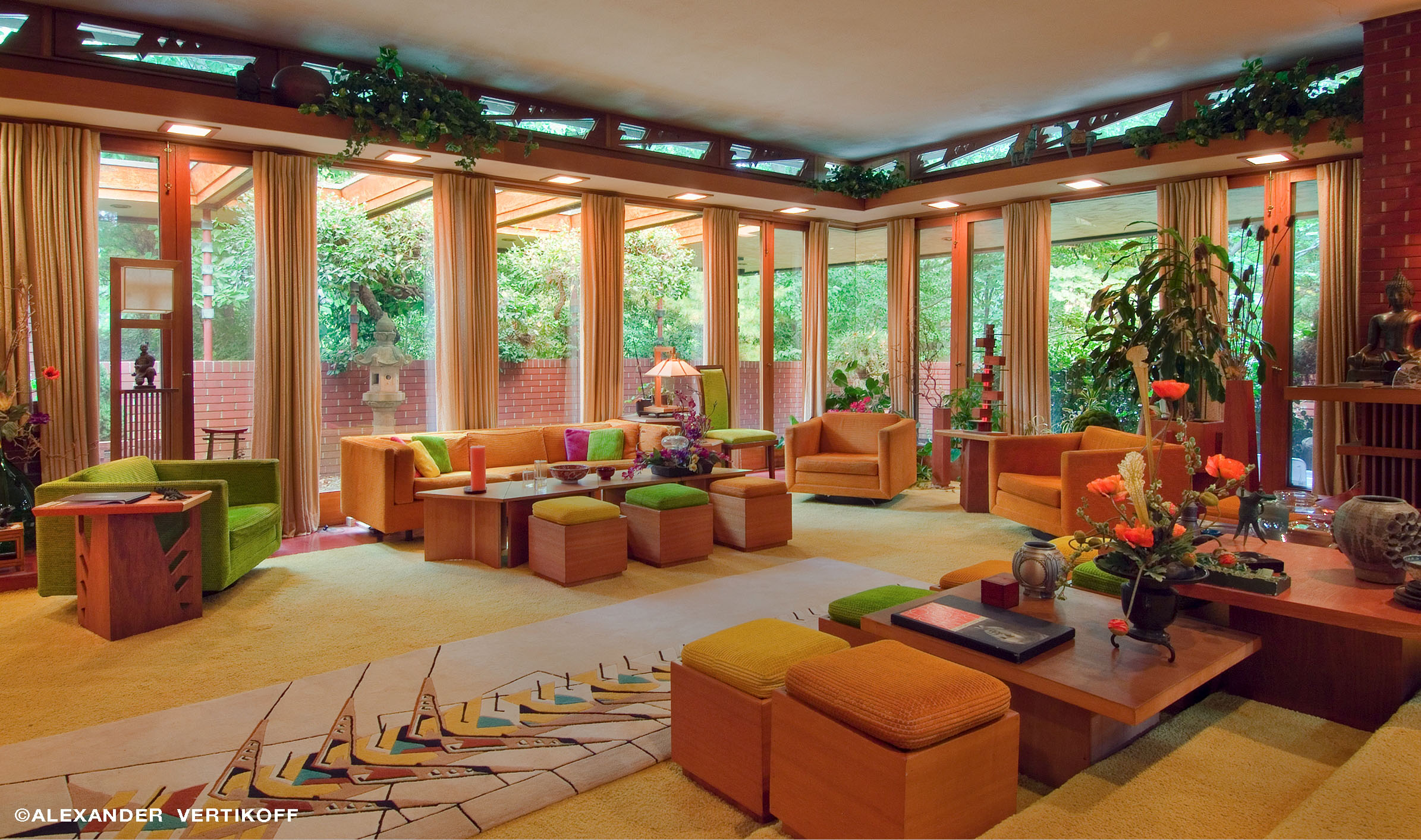